What is the LGA?

How does the available LGA selection work?

The LGA is set in SupportAbility based on the suburb and postcode as specified in the client details.

The LGA list is not available to customise in System Preferences: Lists as this is an official government list released by the Australian Bureau of Statistics.

This list is hard coded into SupportAbility and is updated regularly to ensure it's accuracy in alignment with the official government list.

A new list of Local Government Area's (LGA) has been provided from the Australian Bureau of Statistics and updated in SupportAbility. The latest LGA's are quite different than the previous LGA's and include an indicator to identify the type of LGA. LGA's are listed in Client and Contact records, and the available options are based on the postcode entered.

When a match with the existing LGA and the new one occurs, this will be updated. However, if there are multiple options available in relation to the postcode, or no match can be determined, 'Other' will be selected by default with the previously selected LGA recorded against it. Validation errors will be displayed when Other is selected to highlight there is an available option in the list to select from.

The LGA option in the Client and Contact searches has been updated to incorporate 'Other' also.

Yes! The Region list, is a list that can be customised in System Preferences::Lists per provider e.g: 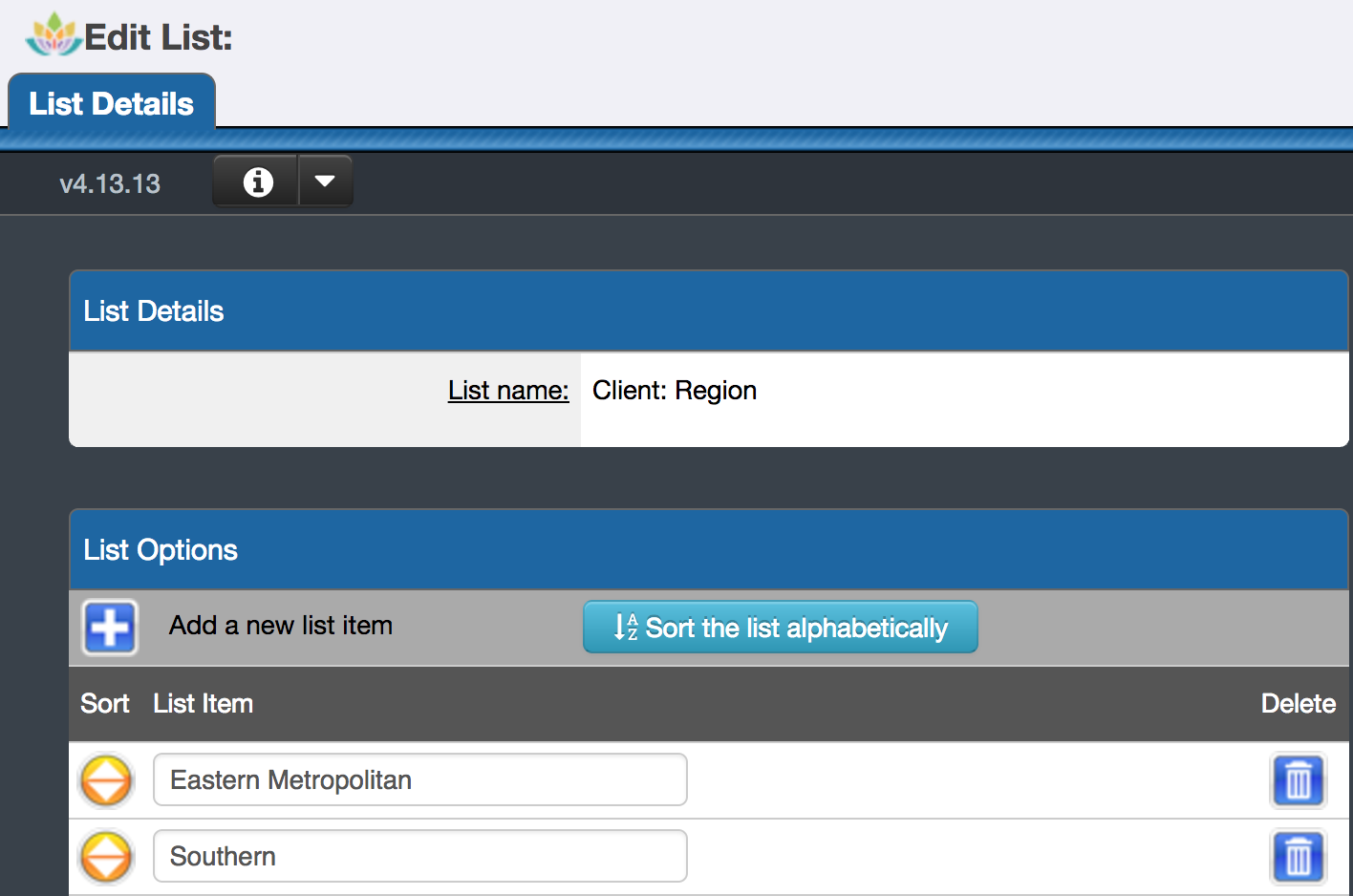